Do you want in on the next great tech revolution? Well, it’s happening before our eyes. But it’s a shift so subtle, hardly anyone recognizes the profits at stake.

As I’ll show you today, these subtle shifts in computing happen once every 20 years or so. Last time, it handed investors 833% and 2,247% gains in just a few years. And I’m predicting even bigger profits this time around.

You see, every 20 years or so, computers go through a complete transformation. I’m not talking about getting a little faster or a little smaller. That happens almost every day. I’m talking a complete change in how computers “work.” 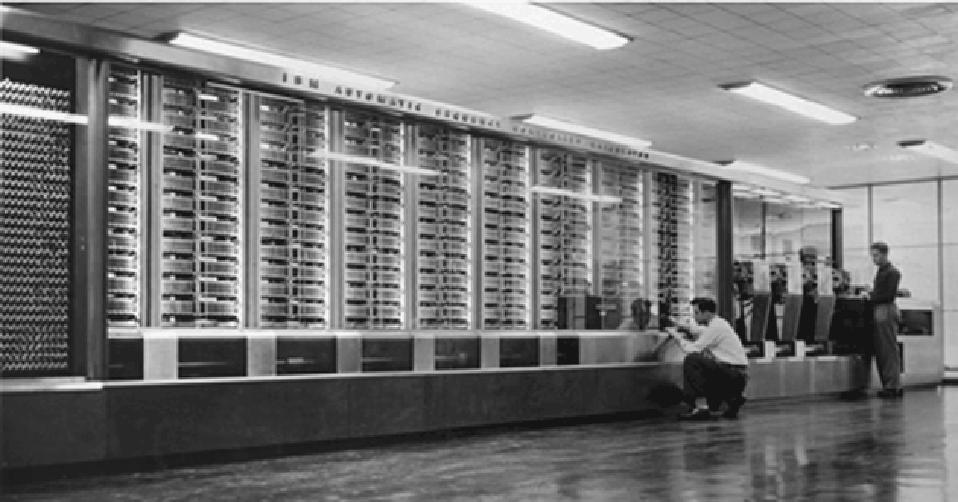 These massive “mainframes” are what started it all. But they were so big and clunky, they were confined to science labs. IBM (IBM) pioneered this first computing wave. And investors who bought its stock in 1960 quadrupled their money over the next decade.

By the early ‘70s, computers had advanced a lot, but they still had one big problem. You had to be a whiz kid to use one. And this kept them off-limits for ordinary Americans. Bill Gates founded Microsoft MSFT (MSFT) in 1975 with the goal of making computers accessible to everyone.

This was the first major shift in how computers “worked.” The personal computer (PC) revolution pulled technology out of science labs. Computers were no longer reserved for geniuses at Harvard and MIT.

For the first time ever, tech was distributed among millions of households and businesses. Microsoft led this transformation and handed early investors 58,000% gains in the process. 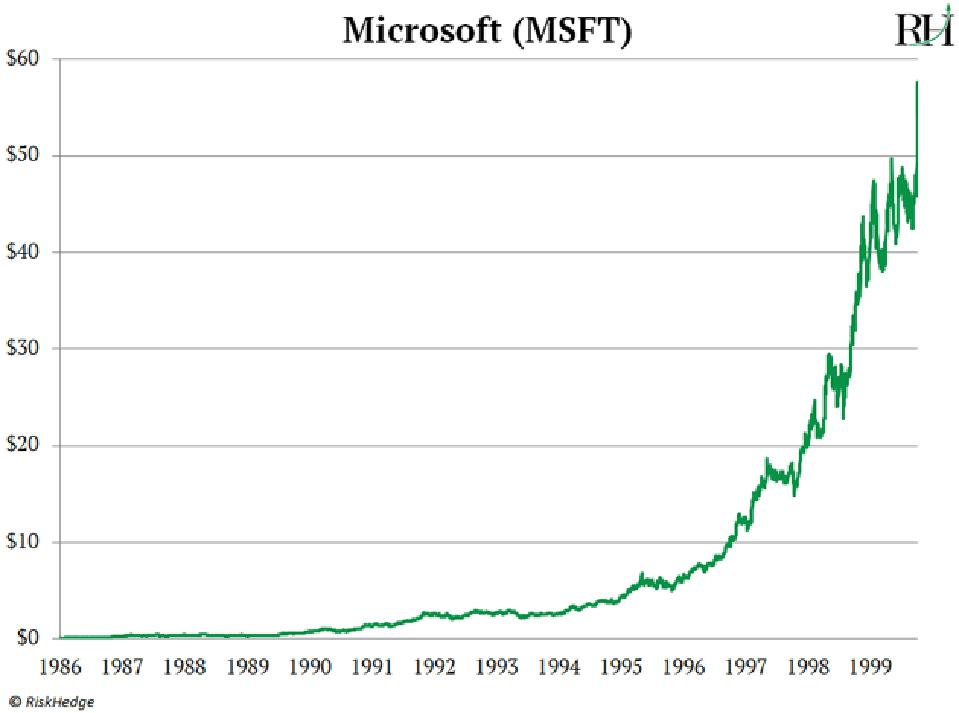 Dozens of others disruptors who led this transformation like Intel INTC, Apple AAPL, and Oracle ORCL handed investors many times their money, too.

Did you know 3.5 billion people own a smartphone today? There are more computers in the world than ever before. And you can do practically anything with these pocket-sized machines. BUT—behind the scenes, how computing “works” has flipped back to the days of 50 foot-long mainframes.

When you hit search on Google GOOG, that query isn’t processed by your phone. Instead, it travels through miles of fiber optic wires and into a warehouse packed full of servers… known as a data center. These servers handle your request, and send a trickle of information back to you.

Whether you’re listening to music on Spotify, or streaming Netflix NFLX, this is how modern computing works. Computing has shifted back to a “centralized” model. Smartphones are simply our gateway into the network of giant data centers that are the “brains” of modern computing.

Now you might be thinking, “Stephen, this is such a subtle change. Why should I even care?” This shift might seem insignificant, but it kicked off the “cloud computing” era, one of the greatest moneymaking trends in stock market history.

It opened the floodgates for dozens of companies to tap into these giant data centers and “stream” their services over the internet. Cybersecurity experts Okta (OKTA)and Zscaler (ZS) used this trick to net a fortune for investors. In fact, Okta has shot up 833% over the past three years. 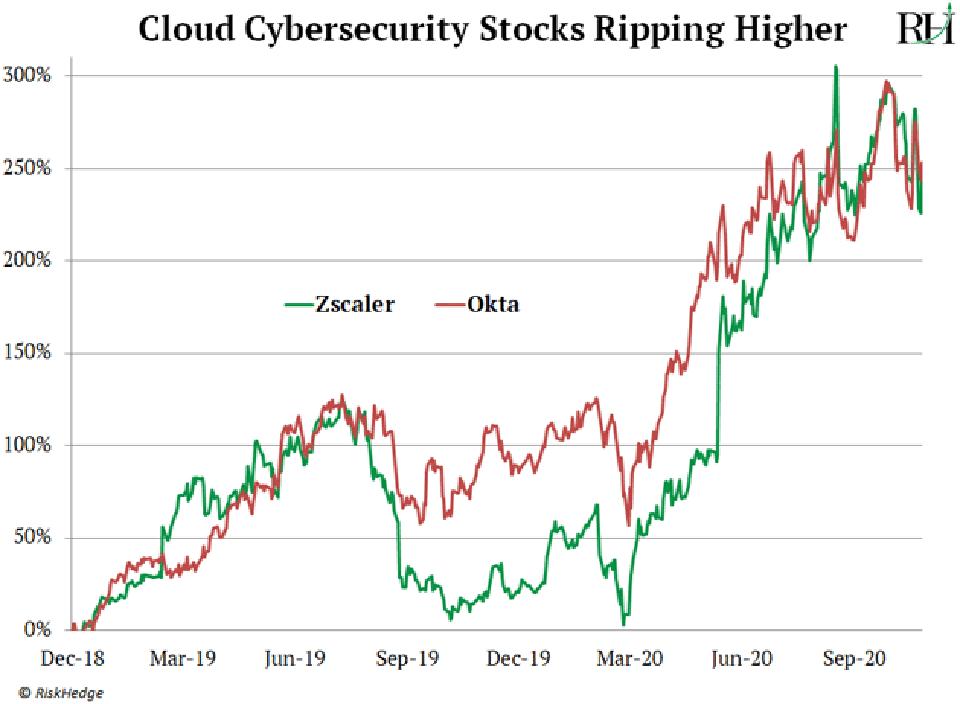 Ditto for firms selling boring old payroll software. Paycom (PAYC) has shot up 2,247% since its IPO in 2014. Along with Paylocity PCTY (PCTY), they have been two of the top-performing stocks over the past couple of years. 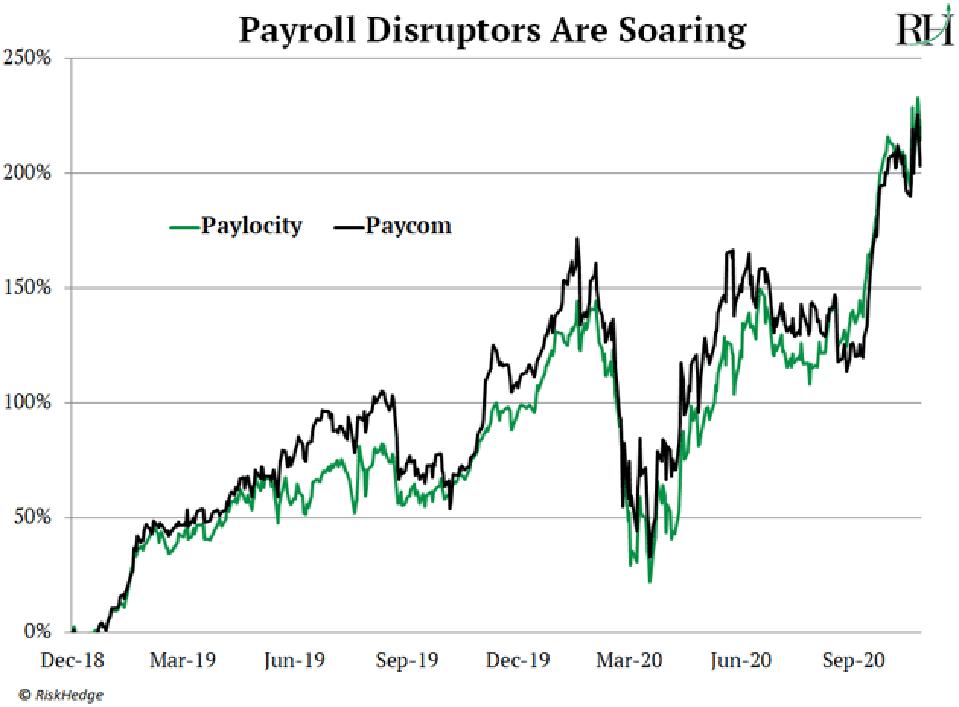 We’re on the cusp of the fourth great computing shift

Take self-driving cars. They must make lightning-fast, 100% accurate decisions. If a child runs across the street, the car can’t risk even the slightest delay before it applies the brakes. As you can imagine, this is a big problem if the car has to wait for cues from a data center 500 miles away. Ditto for industries like remote surgery and flying delivery drones.

Computers are once again shifting from a centralized, to a distributed way of working. And edge computing is the key.

In short, edge computing is all about processing data on the spot at the “edge” of the network. It eliminates the need to connect to a faraway data center. For that reason, it’s faster than “cloud computing” can ever be. Studies show it can increase processing speeds by 30X!

I know this is all a bit technical. The key takeaway is that edge computing makes the “impossible” possible. Technologies like self-driving cars, IoT, AR, and the commercialization of 5G will never get off the ground without edge computing.

If this big shift is anything like the last one, fortunes are at stake

There aren’t many publicly traded edge computing stocks, yet. The “purest” one is Fastly (FSLY). Internet titans like Google, Shopify, The New York Times NYT, and email disruptor Slack pay Fastly for access to its “edge servers.”

In short, this allows users to access their websites faster. Fastly has surged 260% since January. Cloudflare NET (NET) is another leader in edge computing. It’s built servers in over 200 cities around the world. And it’s one of the best-performing US stocks this year: 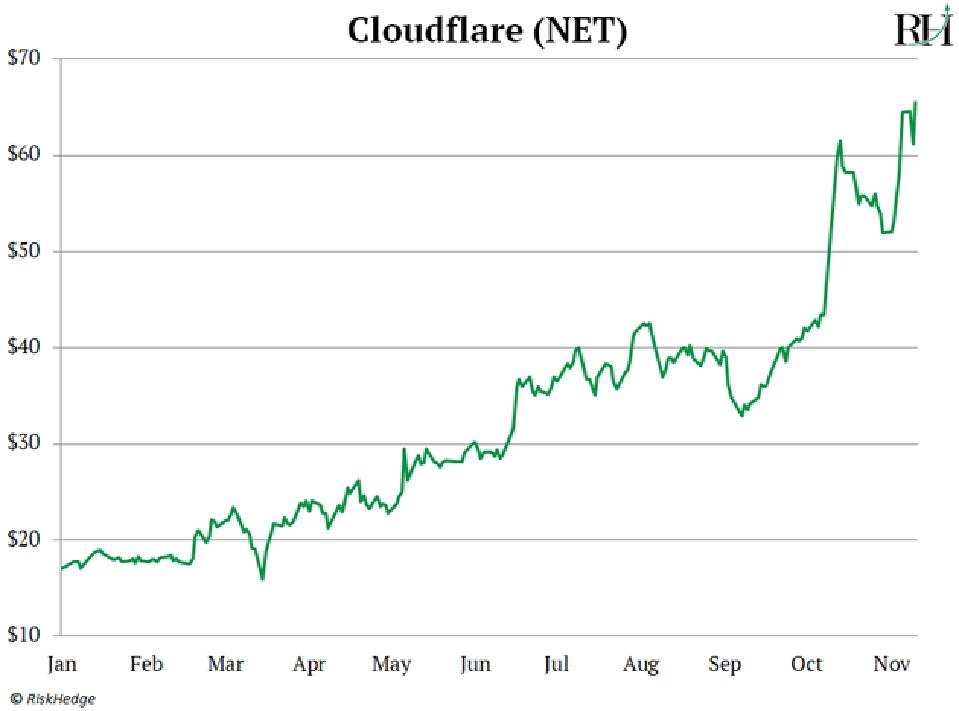 Both are great ways to profit from edge computing.

Get my report “The Great Disruptors: 3 Breakthrough Stocks Set to Double Your Money”. These stocks will hand you 100% gains as they disrupt whole industries. Get your free copy here.

This article was written by Stephen McBride from Forbes and was legally licensed through the Industry Dive publisher network. Please direct all licensing questions to legal@industrydive.com.